Isolation -- the world in cables 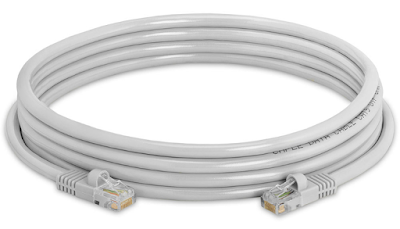 It's been over ten months now since I went into isolation to avoid the pandemic.  Unlike some people, I've observed it rigorously.  Death by covid-19 is an awful way to go, and I'm not young any more.  I can't take the risk.  And this is how I choose to pay tribute to the hard work and sacrifice of our health-care workers -- not by symbolic applause, but by being careful to avoid becoming one more burden upon them.

Occasionally there's a trip out to the grocery store.  I know exactly where everything in the store is, and I can run in, grab everything, and be out in a few minutes.  Then back home, hand-washing, and a careful procedure to avoid contamination by anything that came from outside the apartment.  It doesn't feel real.  Basically, I exist inside the walls of this one space.

Let me be clear here -- I'm not complaining.  I never much cared for socializing or going outside anyway.  And it's a pretty big apartment for one person.  It's been a huge relief not having to go to the office every day, dealing with the noise and distraction and people's irritating habits.  To say nothing of the traffic.  I don't think about the traffic any more.  It's outside.  It's not real.

At the back of this desk stands a black plastic box with some blue lights on it and some cables and wires attached to it.  One of those cables runs to the computer on which I'm typing this (I don't trust wireless connections).  Through that cable, not through the windows, I can see the world, reach the world.

Through that cable come pictures, information, ideas -- everything, displayed on the computer screen.  News of what's happening in the world.  The thoughts and creativity of the bloggers I read.  Messages from people.  Life.  Similarly, everything I write on this blog, all the comments I post elsewhere, everything I do that in any way manifests my existence to the outside world.  All of it flows in and out, at unimaginable speed in coded pulses of electricity, through that dull grey cable snaking across the desk.

It's a kaleidoscope, ever-changing.  So-and-so has a new post up, or a new poem, something I need to think about.  There's a new video of something intriguing, or a piece of music I hadn't heard before.  There's news of some event on the other side of the planet, complete with images awesome or horrific.  All displayed on the screen.  That's the world.  That's what's real.  The street and the building outside the windows haven't changed since I moved in here nine years ago.  They might as well be a big painting a couple of feet beyond the glass.

A few feet away on the desk, at the end of another cable, sits another, much smaller computer which is the property of the company.  Through that cable flow other coded pulses of electricity which that computer deciphers into the problems which, for eight hours each weekday, I need to solve, information to be manipulated in various ways.  These, too, appear on the screen as messages and images -- rather dull ones, unlike the ones on the main computer, and dealt with out of duty rather than interest.  There are "meetings" (far too many), the screen split into several rectangles, each with a person's face, talking, nodding.  I suppose those people must actually exist out there somewhere, beyond just being small images on my screen.  Until ten months ago I used to see them every day, in person, but I hardly remember that.

Every payday I use the main computer to look at the bank website and make sure that certain numbers on the screen have changed as they are supposed to.  This enables me to type things which cause the numbers to change again, in accordance with yet other numbers transmitted to me by credit-card companies and various other entities, all through that same grey cable.  I'm acting on the assumption that all these numbers actually mean something.  In the case of one number I receive every month, I know that if I didn't make the corresponding change in the number on the bank website, the black plastic box with the lights and cables and wires would stop working, and then I'd be entombed, sealed off from the world.  So that one is real.  As for the monthly rent payment, it's automated so I won't need to worry about it if I slip up and get hospitalized with covid-19.  It's just another number to check each month and make sure that it has changed in the correct way.

I can see why living this way bothers a lot of people.  It doesn't particularly bother me.  I do want the pandemic to be over so I don't need to be afraid any more.  Plus, I want to go to Italy someday.  I'm fairly sure Italy is still real.

Please be on-topic and read the comments policy. Spam, trolls, and fight-pickers will be deleted. If you don't have a Blogger account and aren't sure how to comment, see here. Fair warning: my permaban-on-the-first-offense issues are Brexit-bashing and supporting trans ideology. I am not obligated to provide a platform for views I find morally abhorrent.